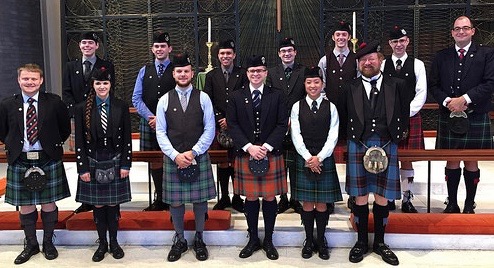 Reader for the Piobaireachd: Daniel Cole

Each competitor this year received an Airstream Blowpipe donated by Scott’s Highland Services, a Nicol-Brown towel, a framed group photo, and a new edition of the coveted Nicol-Brown lapel pin designed by Charlie Glendinning and sponsored by Steve Porter.

The 2015 Nicol-Brown Contest, Concert, and Master Class were made possible by the efforts of many volunteers, donors and sponsors who are generous in their support of amateur piping. We'd love to add your name here: